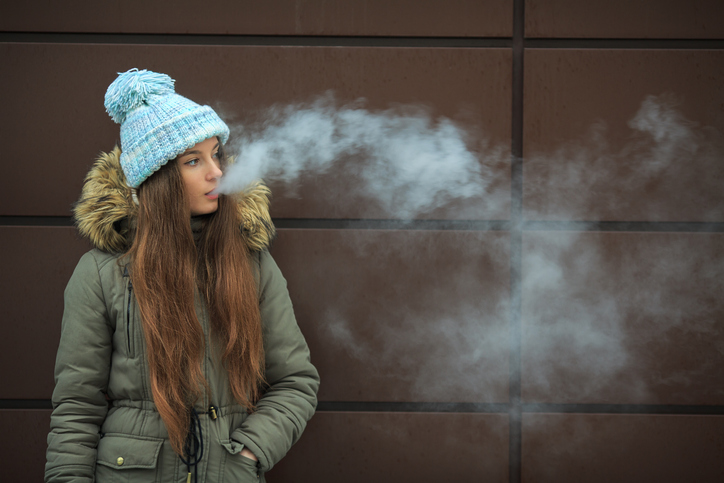 Since electronic cigarettes, also called e-cigarettes or vaping, were first introduced in the United States several years ago, doctors have suspected that using these devices could lead to chronic health problems. In recent months, those suspicions have been tragically confirmed beyond anyone’s worst predictions with the deaths of over 30 people directly related to vaping. Stopping vaping, especially among teens, has taken on a new urgency, and it is crucial that you talk to your teen about the dangers of vaping.

About Severe Lung Injury and Vaping

According to the Centers for Disease Control and Prevention (CDC), vaping-related severe lung disease first appeared in April 2019. Since then, there have been almost 1,500 cases in 49 states. The first patient to succumb to this illness was 17 years old, and the average patient age is just 19.

Although many of the illness’ victims used vaping liquid containing THC, the psychoactive compound in marijuana, the exact cause remains unknown. As such, the CDC states that abstaining from vaping entirely is the only way to ensure you are protected from this illness. Severe lung injury associated with vaping means that e-cigarette use is a clear and present danger rather than a hypothetical risk that may not manifest until years from now.

Does Vaping Cause Cancer?

The answer is that we simply do not know. It took researchers and physicians decades to discover the cancer risks from tobacco cigarettes, and e-cigarettes are too new for long-term studies to have been completed. Scientists do know, however, that many of the flavoring agents used in e-cigarette liquid have carcinogenic potential, meaning these chemicals have been linked to tumor formation in laboratory animals.

How Popular is Vaping Among Teens?

Data from the CDC shows that e-cigarettes were by far the most popular tobacco choice among teens in 2018. Over 20% of high school students reported using e-cigarettes regularly last year. In comparison, only 8.1% used tobacco cigarettes. The use rates for other forms of tobacco, like smokeless tobacco and hookah pipes, were even lower. It is now safe to say that vaping is the most popular form of tobacco among adolescents.

Yes. While e-cigarettes do not contain tobacco per se, they do contain nicotine. Nicotine is the substance in tobacco that causes addiction, and it produces negative health effects on its own like impaired blood flow. The most popular brand of e-cigarette delivers up to 60 mg/mL of nicotine, while the typical tobacco cigarette contains only 12-24 mg/mL of nicotine.

Are E-Cigarettes Being Marketed Toward My Teen?

Absolutely, and several government agencies, including the Food and Drug Administration (FDA), are attempting to stop this practice. Offering “fun” flavors of vaping products is one of the major marketing methods. Instead of tasting like tobacco, many e-cigarette juices are available in flavors like strawberry, banana split, or cinnamon. However, e-cigarette manufacturers are beginning to self-regulate in an attempt to avoid government restrictions. One of the largest manufacturers, JUUL, has pledged to halt sales of many flavored products.

Does Vaping Prevent Tobacco Use?

No. When e-cigarettes were first invented in China in 2003, the devices were touted as a smoking cessation aid. They have turned out to be quite the opposite. The National Institute on Drug Abuse reports that 30.7% of teen e-cigarette users went on to use tobacco cigarettes, compared to only 8.1% of non-users.

Furthermore, vaping is not a dependable way for teens who already smoke to quit. If your teen uses tobacco, switching to e-cigarettes is likely only to increase the amount of nicotine they are receiving. It is important that they stop smoking, but you need to support them with dependable strategies. Speak with your primary care physician as they will be happy to help with counseling, over-the-counter smoking cessation product recommendations, or even prescription medication if appropriate.

Looking For a Primary Care Physician in Connecticut?