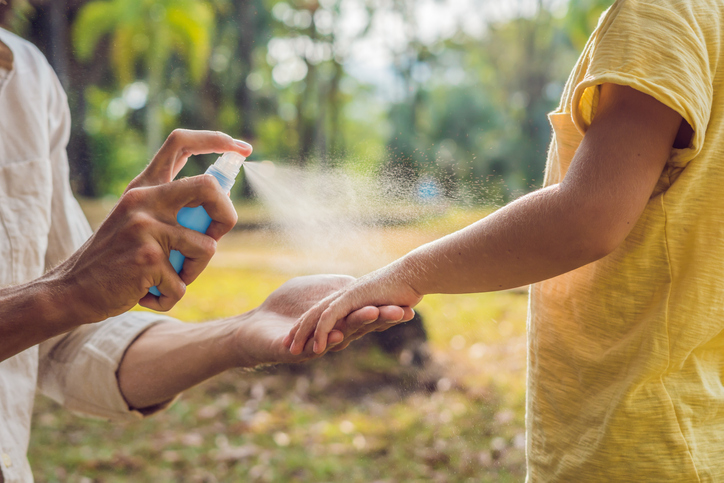 If you tuned into the news as of late, you may already know that health officials have confirmed the presence of the mosquito-borne disease, eastern equine encephalitis (EEE) in Connecticut. In fact, EEE has not only been detected in mosquitos in our state, but we just recently had our first verified human case in Connecticut this year.

EEE is understandably frightening, especially since there are no specific treatments or vaccinations for the disease. However, EEE is also fortunately extremely rare, and simple precautions can greatly reduce your risk of contracting it. Here are ways to protect yourself from EEE and symptoms of the disease you need to know.

EEE is a viral illness caused by the eastern equine encephalitis virus (EEEV). The virus is spread to humans by mosquitos, and so far, there is no evidence that the virus is transmitted from person to person. Instead, the mosquito feeds on infected birds, then spreads the virus to people. As the name indicates, mosquitos may also transmit EEEV to horses. Again, there is no proof at this point that EEEV can spread from horses to humans or vice versa. Mosquito to human is the only known vector.

EEE is a very rare disease in humans. The Centers for Disease Control and Prevention (CDC) record less than 20 cases each year in the entire United States with an average of only seven cases reported annually.

Why are EEE Diagnosis Rare?

There are several reasons for EEE’s rarity. First, the black-tailed mosquito, the specific species of mosquito that spreads EEEV, prefers to feed on birds rather than humans. Secondly, this mosquito has a limited habitat. It lives mainly in cedar and maple freshwater swamps. Finally, only about 4-5% of people infected with EEEV will develop EEE.

Why Makes EEE so Dangerous?

About one-third of patients who develop EEE end up dying of the disease, and of those that do survive, many may suffer lifelong neurological problems. EEE is a form of encephalitis or brain inflammation (brain swelling), which can easily lead to death.

Since EEE is caused by a virus rather than bacteria, antibiotics are ineffective. Additionally, there are no vaccines or immunizations available yet to protect against EEE and no drugs designed to treat EEE specifically. If infected, patients are hospitalized and given treatments to treat their symptoms.

And because EEE is so rare, the symptoms associated with it may be mistaken for another illness. Not knowing the risk and symptoms of EEE, some patients may ignore their symptoms for too long, especially if they do not even realize they were bitten by a mosquito.

What are the Symptoms of EEE?

Symptoms usually occur four to ten days after a bite from an infected mosquito. EEE symptoms can include headache, confusion, fever, irritability, vomiting, loss of appetite, bluish skin tone, convulsions, and loss of consciousness. If you’ve been bitten by a mosquito and have the presence of any of these symptoms, seeking immediate medical care is recommended.

There is also a systemic version of the disease that does not cause encephalitis. This version is usually not deadly and is characterized by muscle and joint aches, fevers, chills, and fatigue. It takes specific testing to distinguish between the encephalitic and systemic versions, so you should treat any symptoms as a medical emergency.

How to Protect Yourself and Your Family Against EEE

The best way to prevent EEE is to guard against mosquito bites in the first place. The CDC recommends taking these measures:

– Do not substitute “natural” insect repellents such as home remedies for EPA-approved repellents.

– If it is daytime, apply sunscreen first and then insect repellent.

– Use air conditioning indoors and make certain there are no holes in screened windows and doors.

– Do not leave any standing water around your home. Mosquitos lay their eggs there.

– If you are spending time outdoors, treat your clothing, tents, backpacks, sleeping bags, and other gear with permethrin to repel insects.

If you’re in Connecticut and would like to find a doctor near you to help evaluate any symptoms you may have, you can locate a board-certified PACT primary care physician using our searchable list here.

Looking For a Primary Care Physician in Connecticut?