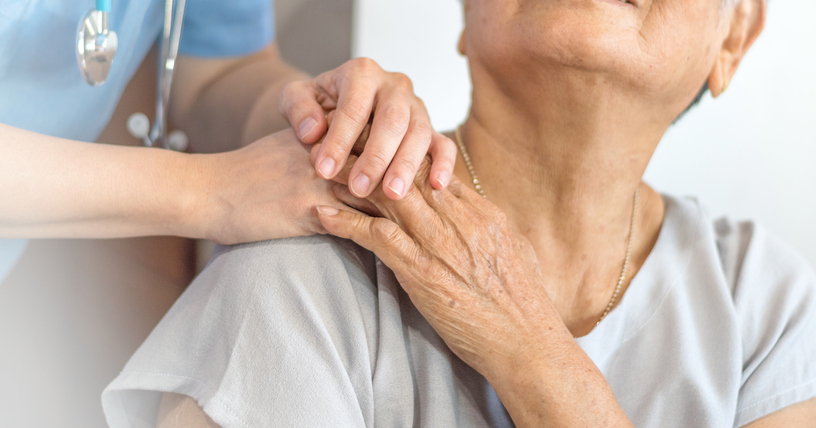 Alzheimer’s disease is a widespread health issue, and it’s likely that you know or have known someone, or a family, who has lived with this diagnosis. Unfortunately, several misconceptions about Alzheimer’s abound. One of the largest misconceptions is that Alzheimer’s is untreatable. In fact, the disease is often treatable with a combination of strategies, but good treatment outcomes are largely dependent on early and accurate diagnosis.

We’ll examine the facts about Alzheimer’s disease below, including what Alzheimer’s is and is not. We will also lay out the early warning signs of Alzheimer’s so that you can be aware of possible symptoms in yourself or a loved one.

Alzheimer’s is the most common form of dementia. Dementia is an umbrella term for health conditions or diseases that cause memory loss, reasoning and judgment impairment, language difficulties, and other cognitive decline. There are several types of dementia, but it’s important to note that dementia is a disease process and not a normal part of aging.

Approximately six million people in the United States suffer from some sort of dementia, and about 5 – 5.5 million of those cases are Alzheimer’s dementia. In most instances of Alzheimer’s, the brain shows structural changes including atrophy – or wasting – as well as abnormal tangles of neurofibrillary tissue and clumps of amyloid plaques. All this means that connections between neurons or nerve cells are severed, leading to cognitive problems.

Unfortunately, we do not have a complete understanding of the underlying causes of Alzheimer’s, especially late-onset Alzheimer’s. There may be a genetic component. In other words, Alzheimer’s sometimes appears to run in families. However, in most cases, doctors believe Alzheimer’s is the result of lifestyle and environmental factors.

There are several known risk factors for Alzheimer’s. The most significant risk factor is age. Alzheimer’s onset becomes more likely as a person grows older, with the greatest risk in those 85 years and older. However, Alzheimer’s is not inevitable. There are plenty of seniors of very advanced age living with no Alzheimer’s symptoms whatsoever.

Besides age, other Alzheimer’s risk factors include:

Eliminating these risk factors from your life will not guarantee that you won’t develop Alzheimer’s but will help to reduce your risk. Also, you’ll be healthier overall and enjoy a better quality of life.

What are Alzheimer’s Warning Signs?

The chief warning sign of Alzheimer’s disease is mild cognitive impairment (MCI). MCI is a condition characterized by instances of mild memory loss and forgetfulness. We all misplace our keys from time to time or have trouble remembering an acquaintance’s name, but MCI is uncharacteristic forgetfulness. People with MCI may keep missing appointments, frequently misplace items, or have trouble recalling names or events. The forgetfulness may not be dramatic, but it needs medical investigation as MCI often precedes Alzheimer’s – especially in the elderly.

As Alzheimer’s progresses, changes often become more profound. These changes can include dramatic shifts in personality, wandering and becoming lost easily, profound memory loss, poor judgment, and more. Alzheimer’s is irreversible and incurable, but it is treatable. Several medications are available for Alzheimer’s patients, and your doctor can also recommend many resources that may help, including environmental changes.

How is Alzheimer’s Diagnosed?

Several conditions share symptoms with Alzheimer’s. Your doctor will want to make sure you’re not experiencing other causes of memory loss before diagnosing you with Alzheimer’s. For example, some medications or psychiatric disorders may cause forgetfulness. Your physician may conduct laboratory tests, order brain imaging, or refer you to a neurologist or other specialist. You may be asked to complete “exams” designed to test your memory and reasoning abilities.

The possibility of early onset Alzheimer’s disease can be frightening, but ignoring the possibility of a problem won’t make the issue go away. With a timely diagnosis, you can begin treatment that may help minimize symptoms and allow you to enjoy life.

Looking For a Family Medicine or Primary Care Physician in Connecticut?